The Adventures of Sir Galahad 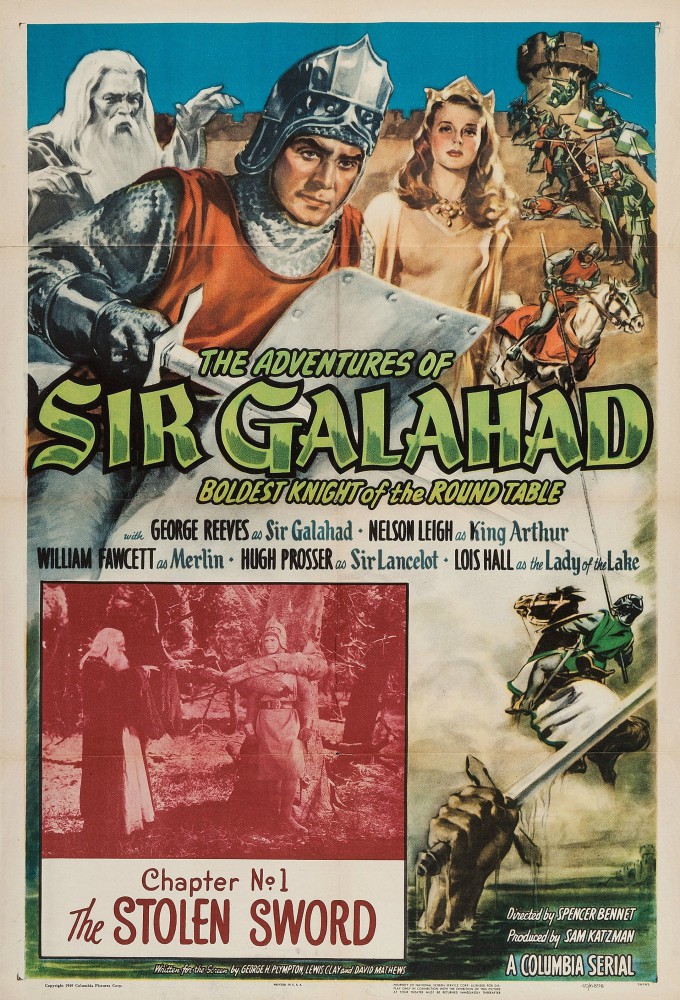 The Arthurian film cycle started with the ''Adventures of Sir Galahad'' serial. In this version, the youth Galahad, trying to emulate his father Sir Lancelot, wants fervently to be admitted to the Knights of the Round Table order. When he defeats Bors and Mordred in tournament, King Arthur agrees to knighthood if he can guard Excalibur for one night. Unfortunately, during that night the sword is stolen by a mysterious personage known only as the Black Knight. Possession of Excalibur makes the holder invincible and without it the sovereignty of Arthur is endangered, then Galahad is refused knighthood until the sword is found. Galahad, aided by Sir Bors, is hindered in his quest by Ulric, the Saxons King, who invades England, and by Merlin the Magician (fantasy), who harasses our hero at every turn. Galahad suspects that the Black Knight is a traitor within Camelot who seeks the throne in alliance with the Saxons, while Morgan le Fay, Arthur's half sister and also a magician, helps him fight both Merlin's magic and the Saxons.

Lois Hall
as Lady of the Lake
* needs role-specific image

END_OF_DOCUMENT_TOKEN_TO_BE_REPLACED 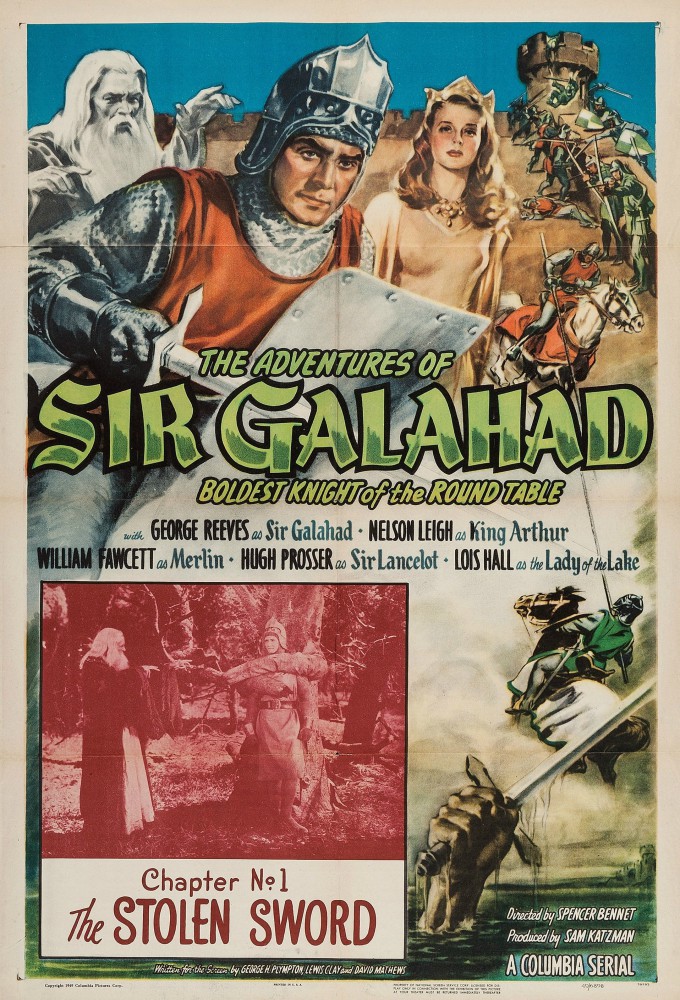