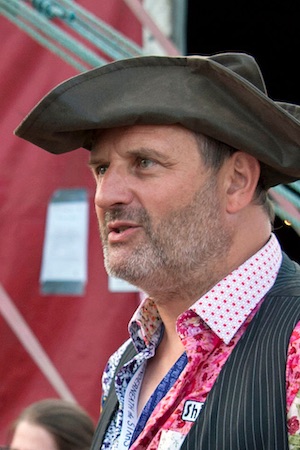 Mark Radcliffe (born 29 June 1958) is an English radio broadcaster, musician and writer. Born in Bolton, Lancashire, he is best known for his broadcasting work for the BBC for whom he has worked in various roles since the 1980s. Radcliffe began his broadcasting career in local commercial radio in Manchester before a move to the national station BBC Radio 5, where he met and formed a partnership with former the Fall guitarist Marc Riley. In 1991 he moved to BBC Radio 1 closely followed by Rile

The Making of Elton John: Madman Across the Water
as Narrator

When Rock Goes Acoustic
as Narrator