When Ginger pays the Camden family a visit, she informs Eric and Annie that her father is in the early stages of Alzheimer's Disease. At first, Annie can't believe it, but after observing him in the backyard and not paying attention to a fire in the barbecue, Annie realizes the truth. Meanwhile, Mary and Eric can't see eye-to-eye on her relationship with Robbie, but they soon agree to compromise. When Mary informs Robbie of the plan, he tells her that it won't work between them. Fortunately for Mary, Robbie changes his mind after talking to Eric in the local grocery market. Also, Lucy gets into trouble after blowing off a Habitat for Humanity project to go on a date, and is caught. Meanwhile, Matt is consumed with depression due to Shana's upcoming move to New York. By this, Matt pays no attention to Simon, who just wants to spend time with his big brother. Also, Ruthie makes a vast millenium preparations until Eric provides her with a more grounded perspective. 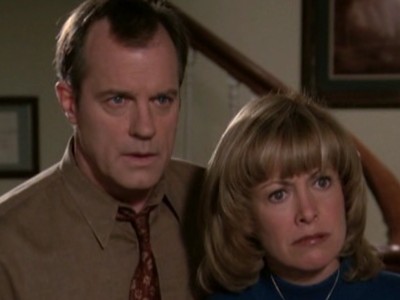