In this very special episode, prior to the death of Sgt. Morgan, Ruthie corresponds with the soldier by e-mail for a school project and she shares the letter with her family. Also, "The Colonel" drops by to tell Ruthie about Sgt. Morgan's death. Ruthie and Eric hold a memorial service in honor of Sgt. Morgan with actual Marine Corps. and family members of Morgan in attendance. In honor of the late Sgt. Morgan's service and commitment to his country, Eric asks everyone to advocate good deeds and go out into the commuity, as the family does. Also, Ruthie makes a video where she is singing Tom Petty's "I Won't Back Down" and is sending it to the Marine Corps. in memory of Morgan. EPISODE PHOTO 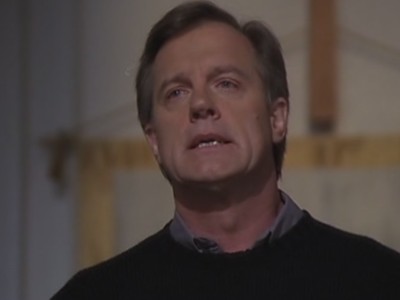