Prentiss McCabe client, Nigel Harting, is a celebrated presenter of television history programmes, who specialises in revealing sensational facts. But he has a secret. Newspaper editor, Marcus Payne, has discovered that Nigel plays fast and loose with his sources. A letter in Latin proving that Anne of Cleves was actually a man is an outright fake. Marcus agrees to shelve this career-destroying revelation if Charles can dig up some shocking and rather more tabloid-compatible filth about Nigel's private life. Meanwhile, Prentiss McCabe is saddled with Big Brother contestant Teresa, recruited as a client because she stripped in the shower. She is now revealed as a bully and a bore and demands that Martin supervises the promotion of her huge and appalling novel. 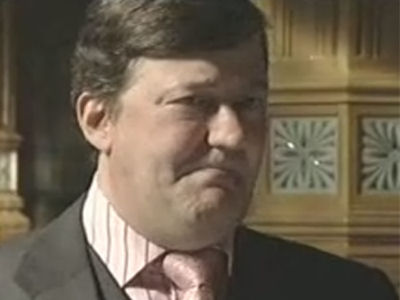