Anxious to begin work on her book, Agatha rents a cottage in pretty Fryfam. She is soon interrupted by a series of odd goings-on in the village: strange lights appear in her back garden, a painting is stolen, and the local squire is found murdered, perhaps by his young wife. Agatha's nose for trouble ensnares her in a maelstrom of jealousy, blackmail and dangerous liaisons, especially with a murderer who plans to keep irrepressible Agatha permanently in Fryfam - as a resident corpse! 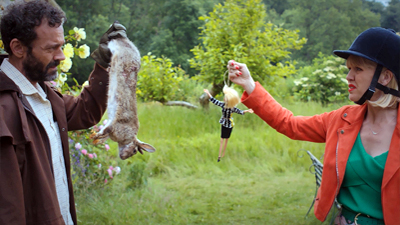