Richard and Ling officially break up. Billy and Cage represent a sexy, middle-aged woman who's suing her employees for sexual harassment. The woman, Robin Jones, claims that the staff of her magazine held a "sick out" and delayed the May publication because they didn't want to work for a "nymph," which led to her being fired. After they lose the case, she and Billy argue over his chauvinism, but settle their differences with a kiss... just as Georgia walks in on them. 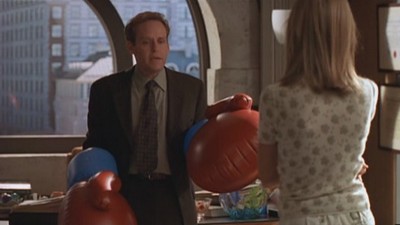