Roxanne is positive Meg is the ""Blurry Girl"" in a teen Magazine dancing with Jimmy Riley. Jack and Helen are in New York for a reunion of Jack's World War II unit. Beth tries in vain to reach J.J. but he cuts her off again. Later Meg meets Jay of Jay and The American's as he performs their hit ""Come a Little Bit Closer"" at a Bandstand rehearsal. He and Meg hit it off as does Roxanne and Carl the drummer. They plan a party for that night at the Pryor's house. Meanwhile in New York, Helen is approached by a man who claims Jack saved his life during the war. Patty finds out about the Party and wants to impress her spelling-bee foe Kevin by inviting him to party with Jay Black. J.J. and Will find Jack's 'Medal of Honor' while moving the last of the stuff from Meg's new room to the garage. Jay suggests to Meg and Roxanne they go some place else instead for the party. Beth and Kevin both show up, while J.J. and Beth have a fight, Patty and Kevin wait awkwardly for Meg to get home, which she never does. Meg realizing too late she hurt her sister's feelings, tries to make amends. Lastly Jack relates the story behind the medal to the whole family. 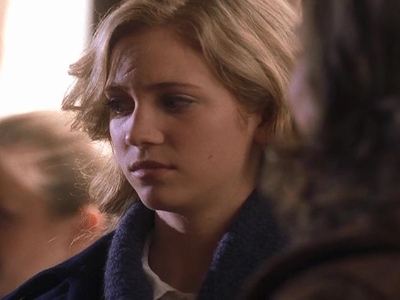