Mrs. Russell hires Barnaby to locate Jenny Hastings, who witnessed a murder that Mrs.Russell's husband is about to go on trial for. Barnaby thinks he has located Jenny in a motel a few miles outside of Colverton and while Barnaby is on the phone having Betty check out the license number, Jenny is abducted by men who are working for Curt Phillips. Phillips wants to make sure that Jenny is not around to testify at the trial. While following them into a forest area Barnaby is wounded by a bullet and left blinded. Escaped Jenny discovers him and both try to flee on foot, pursued by the men. Back at the office J.R. has become concerned since he can't reach Barnaby and he sets out to look for him. J.R. arrives in just the nick of time to rescue Barnaby. 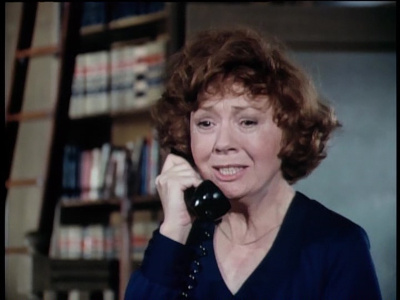