While watching over the Ironman Triathlon, J.D. and Sean must perform a rescue of two divers who have come face to face with a tiger shark. The reason the shark is so close in land is that Blake, a nefarious ""shark tour"" provider, had been dumping chum in the water. Sean, of course, is livid and becomes even more so when locals tell him not to interfere. Sean confronts Blake face to face, but Blake is not intimidated by Sean and even threatens him back. Unbeknownst to Sean, Kekoa and J.D. have continued their affair. They have, in fact, ramped it up to the next level, even though both know that what they are doing is dangerous and not in the best interests of the team. Meanwhile, Jason is having problems with tourist Al Raymond. Raymond is a good enough guy, but he wants so desperately to impress his son Noah that he keeps getting in Jason's way. To make things worse for Al, all of his attempts end in embarrassing failure. Al at first irritates Jason, but Max tells him how he misses hi 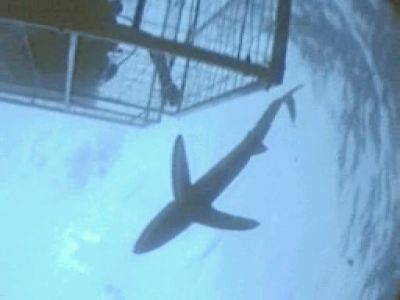