Sam and Imogen are now dating and Eve's not talking to Sylvie because of the whole birthday accident. Sylvie knows Eve is trying to avoid her and follows Eve into the boys bathroom where she tries to confront her. Suddenly, a boy runs in yelling how the headmaster is coming and another boy throws Sylvie a zipl-lock bag before running off. When the headmaster comes in, she sees Sylvie holding the bag and takes her away. The bag turns out to be Marijuana and Sylvie gets expelled. Imogen won't help Sylvie beacuse there's a contest going on at school that will send one student to Japan to go a one of the best schools. Eve is also in the contest and when Matt tries to get her to help protest against Sylvie's punishment, Eve doesn't want to because it will make her look bad to the judges. Finally, Eve realizes that friendship is more important than winning the contest and on the day she is supposed to give her speech, she protests against Sylvie being expelled in front of everyone in the aud 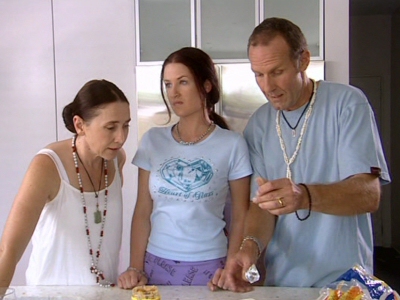