We Interrupt This Program

Rusty, a technician at the TV station, quits in anger after the police question him about Donna. Evan admits his feelings for Donna and confesses that he is the stalker. When she tells Brandon and Tracy, he pulls a gun and holds the entire staff hostage. He holds Donna at gunpoint and forces Brandon and Tracy to put him on the air. He eventually lets the others leave, but Brandon refuses to leave Donna. Donna tricks Evan into putting his gun down by feigning an interest in him. She kisses him, then kicks the gun away as the SWAT team moves in to arrest him. Val threatens to fire Tom unless he stops seeing Kelly. She apologizes, but he quits anyway. Kelly claims that she is not acting out of spite. Steve and Clare try to keep their parents from dating, as they are afraid of being left behind. They finally apologize after realizing how selfishly they have acted. 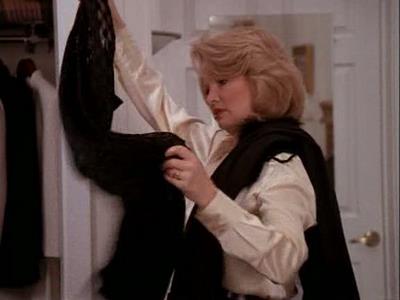