I Only Have Eyes for You

Clare and Donna feel slighted as Kelly spends all her time with Brandon. Val takes her place at the girls' gymnastics viewing party. She spends the night in Kelly's room because they are all too drunk to drive, and reads her diary. Valerie creates a rift between the roommates by telling Donna and Clare that Kelly said bad things about them. Brandon tries to secure a magic wand from a puppet show host that Kelly liked as a child; she had asked her father to send a letter to the man when she was a little girl, but doesn't think he followed through. Brandon, Steve and David get arrested for auto theft when a disgruntled auto show employee lets them take an electric car for a spin. Brandon gets Kelly the wand, and the host also finds her father's letter. Everyone snubs Valerie, so she decides to create friction between Kelly and her dad by investing money with his firm. 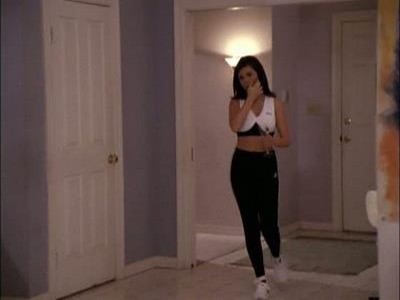