Brandon becomes overly protective of Kelly and displays behavior that borders on the sociopathic. When a man accidentally bumps into Kelly at a movie theater, Brandon imagines gun shots and attacks him. Detective Woods tells Brandon that the guy who shot Kelly is in the hospital. Brandon arrives and learns that the shooter is the man that Kelly described; the guy Brandon identified is the driver, who has been arrested. Brandon makes menacing remarks to the shooter's dead body. David negotiates a record deal for Cain Was Able. Donna shows him the band's new song, which includes racial slurs and encourages white supremacy. The record company executive tells David to let it go, but he refuses to allow the band to perform a showcase at the After Dark. David fights with the band when it tries to take the stage anyway. Donna learns that Valerie stole all of her clients. She tries to get revenge by asking Noah to work at a party in the hopes that he will catch Val with Cooper. Valerie manages to squirm out of the situation. Donna slaps Val during an argument at the club. Steve surprises Carly by doing all of her household chores, then takes her out for the evening. She is touched by his gesture and gives him a kiss. 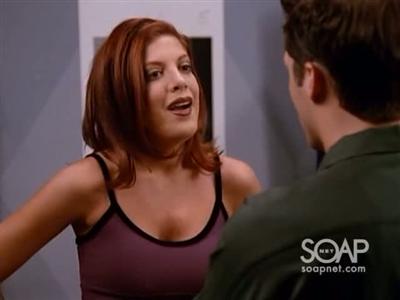