Brandon and Kelly sleep together the night of the aborted wedding. Brandon considers their night together a mistake, while Kelly realizes that she wishes they had married after all. A lonely Brandon goes to Kelly's apartment in search of comfort and ends up staying the night. He then rejects Kelly's suggestion that they go on their honeymoon, and declares that he wants to move on. After her HIV test comes back negative, Valerie annoys everyone with her new policy of brutal honesty. David takes her cue and issues an ultimatum to his boss, who cuts him loose. David suspects that Val is pushing everyone away to punish herself for some reason. Valerie makes a stunning confession about her father's death. He did not commit suicide; she murdered him. Donna goes against Noah's wishes by accepting an invitation to have dinner with his parents on Mr. Hunter's birthday. The evening proves to be a disaster, just as Noah had predicted. His father later visits the club and reveals that his company 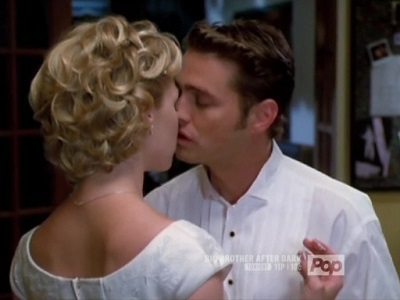