Matt violates his suspension by negotiating a settlement for a worker injured on the job, who would lose his right to file a complaint in two days. Matt sets up David on a date with an attorney friend who is on the ethics committee. David blabs about the case, and the woman warns Matt to cease his involvement or be reported to the bar association. Matt just laughs it off and continues his work, so Chrissy reports him. Matt's suspension is doubled, and David stops seeing Chrissy because he considers her a traitor. Kelly announces that she is quitting the store. Donna gets a date with a handsome man who turns out to be married. She and David decide to hang out together in their own "losers' club." Gina receives a spokesmodel offer after she and Dylan are pictured at a hot club in the society pages. Noah and his entourage leech off of Dylan and his money. Dylan objects when they do drugs in his limousine. Dylan and Gina get pulled over for speeding in the limo. The police find cocaine in the back seat and arrest them. Despite her innocence, Gina loses a chance at the job. Dylan clears them by identifying Noah's friend (and Dylan's one-night stand) Josie as a drug dealer. Josie flushes her supply, but her junkie brother threatens Dylan. Steve and Janet hire a perky young nanny. Noah takes her out and discovers that she is a nymphomaniac. Steve realizes that he slept with her during college. Music: '24/7' by Kevon Edmonds, 'Someday' by Sugar Ray, 'Promise' performed by Nu Flavor. 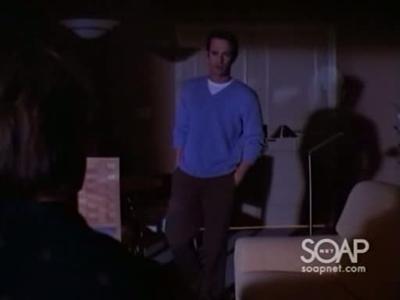