Samantha and Darrin agree to babysit a young warlock boy named Merel. Once there, Merel is given the ultimate ground rule from Darrin: NO WITCHCRAFT! Merel keeps his end of the bargain until a burglar breaks in and ties both him and Darrin together. The burglar is after an expensive necklace that Larry gives Darrin to keep for Louise, and is conned by Darrin into taking a fire engine. As soon as the burglar take it, Darrin tells Merel to hit the magic and the burglar is scared off by Merel's powers. 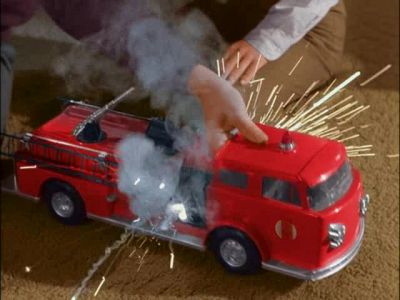