A pair of professional killers, disguised as highway patrol officers, and organised crime connected, perform an unsuccessful attempt on the life of Lisa Ritchie at an exclusive restaurant, located near Farrow Beach of the Pacific Coast Highway. When tailing a man who could be linked to the shooting, Chaney and Wonderlove uncover a conspiracy between two members of the International Carrier's Union; Carl Suhonen, a suspected organised crime hitman, and the Union's President, Jake Cusak. What they want, lies in the secret being conceived by their target, Lisa Ritchie, granddaughter of the late organised crime's top man, Joseph Ritchie. Before he died, he told her where the records of all his organised crime dealings, happenings and secrets are, and until the men who are after her back off, she is being protected at her grandfather's exceedingly expensive hillside mansion, where numerous Federal Agents are body guarding her, whom have requested to assign the Blue Thunder Unit to them for 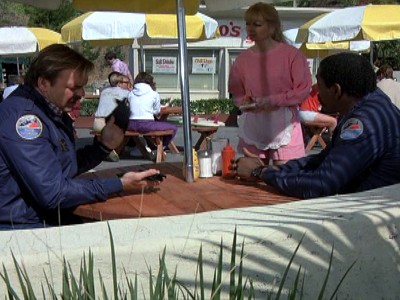