The Con Man in the Meth Lab

Booth’s Brother Jared Booth and Brennan investigate the scene where a body was uncovered during a botched practice police raid. The team identifies the body as a struggling inventor’s father who had recently reunited with his son. But when a second body surfaces, the team is led on a trail of deception to find out who was the actual con-man in the inventor’s life. Clark Edison returns to the lab, and he and Hodgins work on piecing together blueprints from one of the inventor’s potentially valuable inventions. Meanwhile, Brennan likes Booth's brother and goes out on a date with him. She learns a thing or too about Booth's past while out on the date. 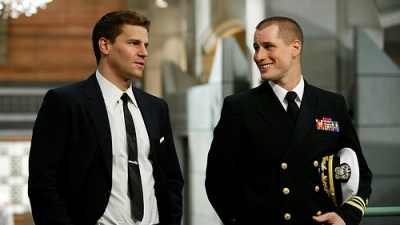