A female prison volunteer is attacked by a rough female inmate. On the way to the court hearing that is a result of that attack, the inmate takes ill at a very precise time. The transport is forced to turn into a rest stop, where the inmate escapes. When the inmate shows up at the home of the volunteer and stabs her husband it appears tragic, until it's learned the volunteer and inmate had been working together. The Breakout Kings are in hot pursuit of this "Thelma and Louise-like" duo as they make a run for it. 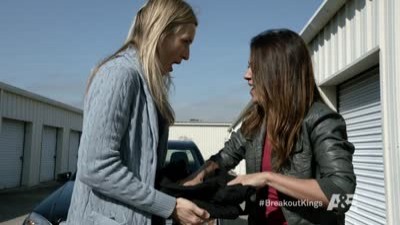