A Reverend Runs Through It

Santoro's brother-in-law is arrested for possession of stolen goods, kept in a lock-up that has Santoro's name on the lease, which could cause problems for Santoro. While visiting an apartment on official business Clem, Phil, Doyle and Hector hear shots coming from the floor above and chase the perpetrators to the roof. One is killed but the other gets away. They killed a family because drugs were being dealt from their apartment. The view of the officers is that it was more than a random occurrence and that a recently paroled drug lord, Jerome McFee, was involved in some way. 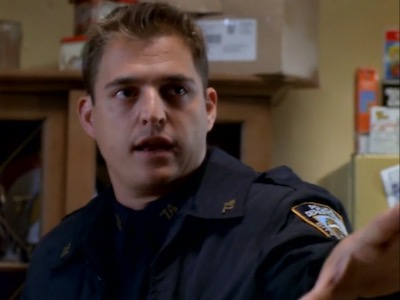