Anger over the claim against the mill pits the sick girls and their families against employees of the mill who worry that their jobs are on the line. When the local Pastor’s daughter becomes afflicted with the illness, he blames the girls themselves. Parents begin keeping their healthy kids home from school, so to quell the mounting hysteria, the High School Principal cracks down on the affected girls and prevents them from attending their prom. Joanna fires back at the school, but victory eludes her. When the kids decide to throw a prom of their own, Billy and Joanna are made honorary prom king and queen. However, the moment is over-shadowed by the mill’s answer to her claim – they’ve hired her father’s law firm to represent them and they plan to annihilate her. 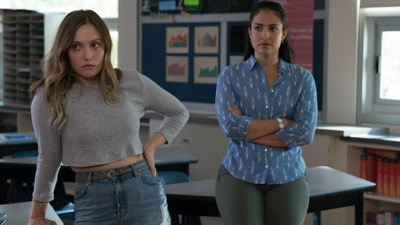