Nobody Beats the House

Toby Hauser is a compulsive gambler who is $200,000 in debt to Ben Logan (who runs local illegal gaming operations). The bill is due and Hauser has about $5000; they threaten to come after Hauser's wife Cathy if payment isn't made. Toby will turn himself over to Logan rather than have anything happen to Cathy, who, sensing one of them will be hurt, calls in Cannon to help. Cannon tries to broker a deal with Logan. Cannon can get $25,000 paid up front and the rest on installment. Logan rejects this deal, because it would ruin his reputation if anybody got a break like that. Jason Logan (Ben's son) runs a gambling operation on his ownâ€”competing against his father in a juvenile attempt to come out from his father's shadow. Toby takes one last shot to get the $200,000. He shows up at Jason's house to get in a poker game. Jason has a couple of card-marking plants at Toby's table, but Toby gets $35,000 ahead. Then Cannon shows up undercover as Billy Thompson (owner of Thompson Tool), 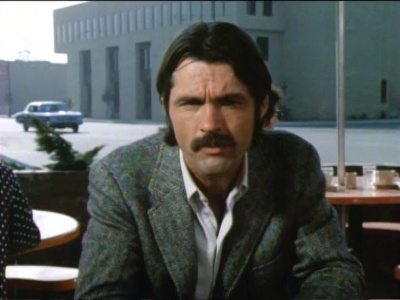