There's mayhem in the Powell household and it's put some friendships on the rocks. It seems that Charles is mad at Buddy because Buddy sold him a cassette player which doesn't work and to make matters worse, that same cassette player ate Walter Powell's new tape. So Charles is mad at Buddy, Walter is mad at Charles and Charles wants his money back. Now Buddy is mad at Charles because a real friend wouldn't ask for his money back and besides Buddy already spent it. So Buddy and Charles aren't speaking and neither are Jamie and Sarah because the sisters are having a little disagreement of their own. But no one can stay mad at each other for too long in the Powell family, and in the end everyone is happy, as always, when Charles is in Charge! 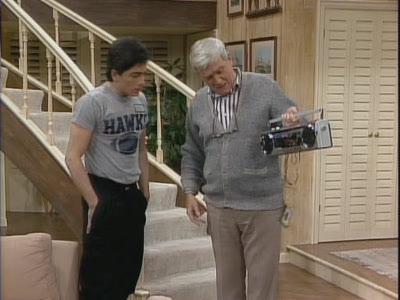