The Three Faces of Phoebe

Phoebe develops a case of cold feet over marrying Cole and casts a spell which brings a young innocent Phoebe and an old cynical Phoebe to the Manor to help her make a decision. Meanwhile, while Cole is horrified to find that The Source is now taking over his entire being, The Source's chief rival, who believes The Source is dead, is convinced by The Seer to kill The Charmed Ones in order to earn the allegiance of the entire underworld. 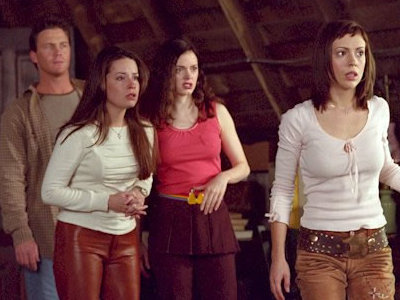