Abby is burdened by continued paparazzi attention from Trace’s growing fame. As he works through his loneliness while on tour away from Abby, Trace writes a song for Abby, which prompts an unexpected reaction from Leigh. Mick tries to repair his relationship with Connor at Megan’s insistence, but their tumultuous history makes Connor reluctant to reconcile. Kevin is concerned when Sarah seeks adventure after a near-death accident at work, noticing similarities between her behavior and his after his wartime injury. Bree edits her novel with Simon’s help, and realizes she and one of her characters share the same drive for self-preservation that stunts their relationships. Meanwhile, Jess fears her relationship with David is over. 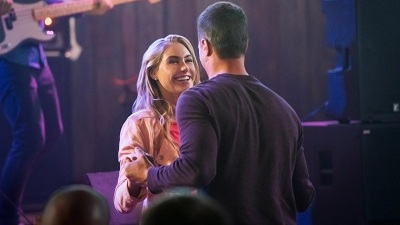