Mac wants her Attorney General to look into an urban situation in Maryland because it's where Gardner is from. Mac is also briefed on the situation of the missing surface-to-air missiles that went down in a military plane crash over Pakistan and has to make sure that the weapons do not end up in the hands of terrorists. Templeton is ralling support for the Templeton Act which focuses on domestic crime and Mac is threatening to use her veto power in the hopes for more law enforcement and education over the bill's calls for tougher sentencing. Dickie learns that Vince is planning a commitment ceremony with his partner and he warns him not to invite Mac because it might hurt her in the polls. 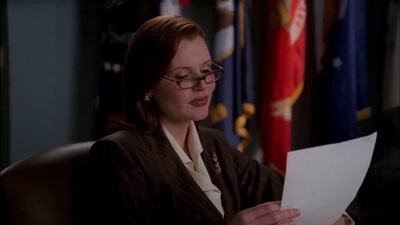