A baker back in eygptian times was killed by the queen because she thinks he stole the cookies he baked for her and sold them.He was mummified. One day the mummy awakes and sets out to find the queen, he comes to Muriel's house and thinks Muriel is the queen (she looks very much like her) and Courage hypnotises Muriel into being a queen and Eustace into the royal pumba. Actually the royal pumba back in ancient times was the real criminal not the baker.Eustace is to be mummified (not really, just to get the mummy satisfied by saying this). The Queen (Muriel) says the baker is innocent, and is sorry for him and says how can she make it up to him? She gives the mummy one of Eustace's favorite sheets to sleep in and he gives her a cookie recipe. 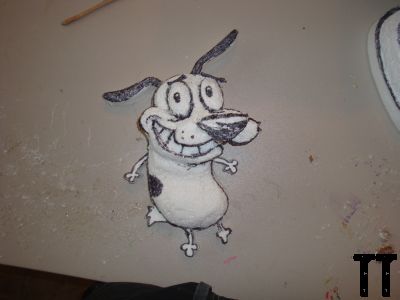