What If He's Not Alone?

Hopper unexpectedly meets again with Jared - the guy who bit him in the fifth episode - and finds out that he is not the only one reliving the day over and over again. He also finds out that there was an eye-witness and that he was identified as Garza's murderer, while realizing that he has to deal with very powerful people. He also learns that people that are close to him might know more than they say they do. 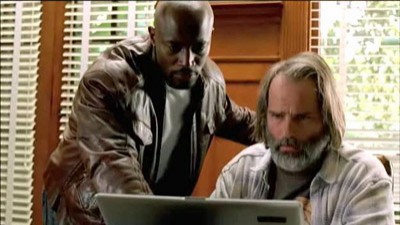