Don't Dream It's Over

Paige gets to use her parents van and decides to take Spinner, Jimmy, Hazel and Terri on a Saturday afternoon road trip. When Terri decides to bring Rick as her date, the rest of the group is shocked. While Jimmy, Hazel and Spinner play Frisbee, Paige reminds Terri that Rick is dangerous. But instead of listening, Terri defends him. Their discussion provokes Rick, who listens in, gets angry and takes off in a huff. Terri is forced to choose between her loyalties to Paige and her feelings for Rick, and decides to follow Rick into the woods. Feeling angry and betrayed, Rick knocks Terri down. She hits her head on a rock and is knocked unconscious. When Paige and the gang show up to find out what happened, Rick runs away. Later, with Terri in the hospital facing brain surgery, Paige and Spinner admit to Terri's father they knew Rick was abusive but that they thought the situation was under control. Did Paige and Spinner fail their friend Terri? Meanwhile, Ellie decides to make plans with 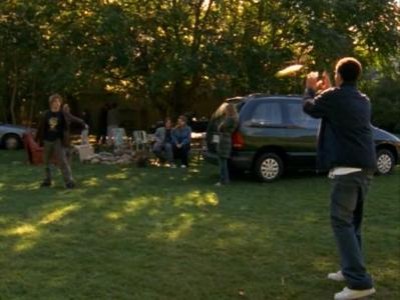