Alli will do anything to keep Johnny from looking elsewhere. After hearing about his "history" she decides to have sex with him, losing her virginity, thinking that it will make their relationship stick. Afterwords she feels uncomfortable around him and decides to break up with him. Johnny later then tells her that he was also a virgin and that his "history" were all rumors. The two get back together with their relationship stronger than ever. Also Peter has been in touch with Darcy which leaves Mia concerned with their relationship. She confronts Peter about the letters from Darcy and asks him if he still has feelings for her. Frustrated that he doesn't have an answer she leaves him. The next day Peter tells Mia that he still loves Darcy but he's in love with Mia. Mia in turn breaks up with Peter telling him that the fact that he couldn't say who he wanted to be with when she first asked him was enough to break up with him. 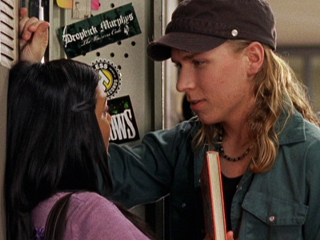