Gabrielle plans a big party to bid farewell to Carlos, who is about to head off to jail for eight months. Meanwhile George Williams resurfaces in Bree's life, much to Rex's displeasure. Also, Lynette is shocked to learn that Tom's old girlfriend Annabel Foster who he dumped for Lynette has been hired at his firm again. Meanwhile, Zach continues to stalk Julie while Mike tries to separate Susan from Mary Alice's past secrets. Lastly, housewife Gabrielle is suspecting that she's pregnant. 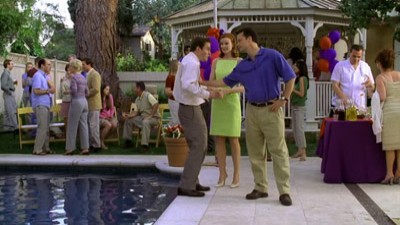