One of Martin's authors, Vernon, discusses his romance book with Martin. While Vernon is still in the office, a woman enters. Vernon hits on her and leaves. After he leaves, Martin reveals that he hates his job. The woman turns out to be Martin's new boss. The new boss seduces Martin. Later, at a group meeting with the staff and the new boss, Martin learns that there are some advantages to dating your boss. Martin is given a coveted book assignment, and his hated author is transfered to Cindy. Later, Martin receives further rewards for dating his boss. 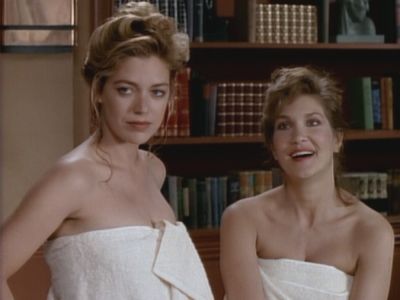