When Carol's music box is stolen from her car, Ed tries to help in apprehending the thief. Though the music box is valuable, Carol really wants it returned for sentimental reasons (her grandfather gave it to her). During the investigation, Carol lets her jealousy of Bonnie get the best of her and the two butt heads. Finally the culprit is found and with Ed's detective work the man is brought in for questioning. Unfortunately the man has an alibi. Ed investigates the alibi and learns that the man lied. Confronted by Ed, the thief admits that he stole the music box because he was desperate for money because he lost everything while supporting his sick mother. He refuses to admit that in court however until Ed promises to talk the DA into waiving jailtime and putting him on probation. When Bonnie learns about the deal, she becomes furious that Ed used their relationship to his advantage, but she does end up waiving jailtime anyway, to Carol's dismay. Later that night, Ed and Bonnie 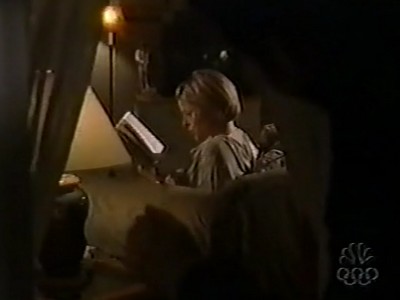