Carol decides to be objective after debating whether she should avenge Rich Keenan's cruel high school hoax on Molly by writing a negative review of his restaurant in the ""Stuckeyville Progress"". As it happens, she sincerely hates the food and writes a scathing review, which prompts Rich to sue her for maliciously ruining his business. Ed and Frankie represent her in a bench trial before a judge who doesn't care for Ed, but who manages to be objective nonetheless. Although Carol wins the case, she is forced to deal with the aftermath of a secret that's revealed during the proceedings. Phil's latest lamebrained scheme to increase business at Stuckeybowl by attracting a younger crowd gives rise to ""Extreme Bowling"", an idea Ed quickly vetoes before it burns the building down. Molly is stymied about how to help a young geek from being harassed by other students until she devises an ingenious scheme to ensure his popularity, while all kinds of sparks fly between her and the boy's single f 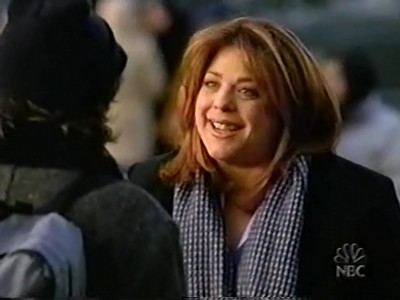