After losing his nerve on the job during his first day back from medical leave, Robert quits the police force. No one realized how much of an effect the "bull incident" had on Robert's mental state – and his ability to confront fear and the unexpected. Now, back on the job only one day, he finds himself too scared to handle a minor altercation so, rather than face his fears, he decides to change his career to something "safer and more solitary" – telemarketing. However, he rejoins the force after confronting the bull that gored him. 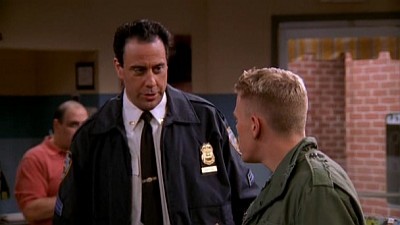