Boisterous Frank learns a difficult lesson in humility from his granddaughter, Ally. During a trip to the supermarket with Ray and Ally, Frank starts nibbling on some trail mix, completely ignoring the nearby "no sampling" sign. He's soon confronted by a testy manager, and a heated argument ensues. Watching it all unfold is Ally, who becomes frightened by Frank's ranting. When the trio returns home, Ray speaks to his father about his behavior. While Ray's comments initially fall on deaf ears, Frank later realizes he needs to talk to Ally... but now he's scared because he's never had a real conversation with her. 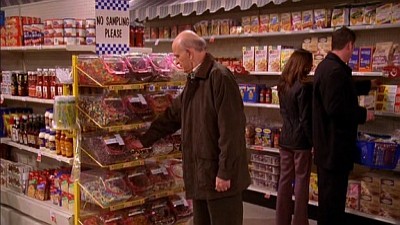