The series opens on a seemingly ordinary day, October 6, 2009, which soon becomes extraordinary when at 11:00 a.m. Pacific Time, as everyone in Los Angeles blacks out for two minutes and 17 seconds. It soon becomes apparent the blackouts were worldwide, and were accompanied by a "flashforward" where each person saw what might be his or her life on April 29, 2010, roughly six months into the future. FBI Agent Mark Benford and a team of agents in Los Angeles begin gathering clues as to what might have happened as they struggle to come to terms with their own visions, or in Demetri Noh's case, a lack of one. Meanwhile, Mark's wife Olivia, and daughter Charlie, each have disturbing visions of the future with which they must cope. As the episode closes, FBI Agent Janis Hawk makes a startling discovery: an image from CCTV in Detroit of a man in black, walking through the stadium while everyone around him is unconscious. 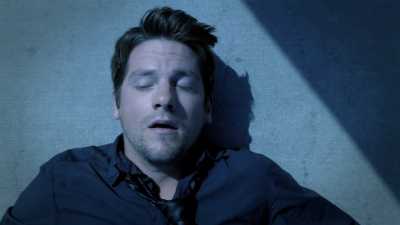