During the season four finale, Team One races to a hospital when Fire Captain Simon Griggs interrupts the attempted murder of a badly burned firefighter. When they corner the suspect, the team learns he’s behind a series of deadly fires in the neighbourhood. Meanwhile Fire Captain Simon Griggs is forced to make a horrific choice – one that pushes him to the edge of revenge and suicide. Parker, wrestling with his own decision about his future on Team One, must convince this broken man to live. 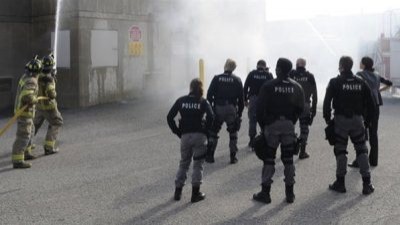