Portuguese cuisine is born from the earth - hearty peasant fare full of strong flavours, many charting the culinary history of the country. For instance, the famous dried salt cod or bacalhau changed the course of Portuguese history - when it was discovered the beautiful white fish caught in the cold Scandinavian waters could be dried & kept for long periods, sailors were able to go on long voyages of discovery to new lands, which then opened up trade routes. So loved is bacalhau that there are recipe books enirely devoted to it, with a range of recipes from around the country. Paprika, bay leaves, garlic & wine feature largely in many dishes, olive oil is adored & used to cook food as well as finish dishes. Pork is a favourite meat & is used in the famous chorizo sausage, smoked over wood with heady aromas of garlic & paprika. Also cooked over charcoal is the now familiar Portuguese chicken which has been a huge hit in Australia - we all love the flattened marinated chicken served with chilli spiked piri piri sauce - a recipe developed in Angola when it was a Portuguese colony. Desserts rely heavily on eggs - think creme caramel, rice pudding & the famous custard tarts or pasteis de nata. 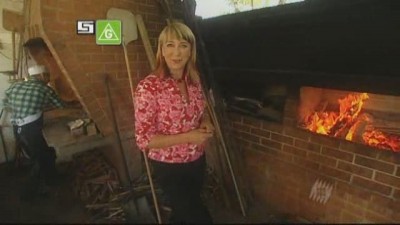