Brazilian food is an exuberant, colourful mix of Portuguese, African and native foods including some from the Amazon. The native Indians developed ways of preserving meats by smoking and drying them, they cooked corn porridge, cassava meal and sweet potatoes and discovered delicious foods such as heart of palm. In the middle of the 1500s, when Portuguese sailors discovered they could venture on long sea voyages by taking salted cod along with them for food, the area known as Brazil was discovered and colonised, and is now the largest Portuguese-speaking country in the world. 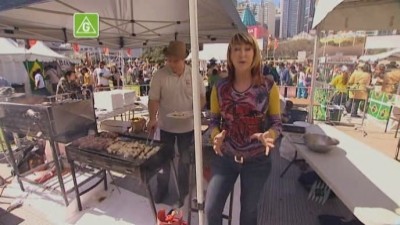