For Chinese New Year, the Huangs play a game where they can only speak in Mandarin, which quickly turns into a tense competition between Jessica and Evan, putting Jessica’s first televised interview for her novel in jeopardy. Emery is excited to end his year of bad luck and finally ask his crush to the spring fling, but when he is still having trouble, Louis decides to take matters into his own hands. Meanwhile, Eddie doesn’t receive a red envelope from Big Auntie and enlists Grandma Huang’s help to figure out why she’s angry with him. 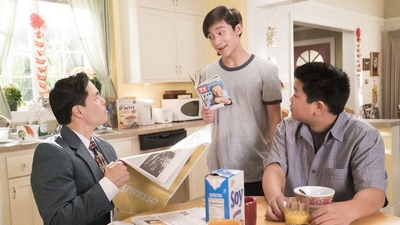