Winston Knight, a TV anchorman, gains great fame because a serial killer, the Machete Killer, will only contact him. What no one knows is that Knight is using a cursed camera that lets him create an exact duplicate of himself that goes out and kills for him, providing him with an ironclad alibi and great ratings. As long as he destroys the negative within the allotted time, Knight is fine. Unfortunately, Ryan's new girlfriend Cathy witnesses one of the murders and realizes Knight is somehow the Machete Killer. One of Knight's photo-duplicates kills her, but the trio are close on Knight's trail. Knight eventually fails to destroy one of his indestructible duplicates in time, and disintegrates. However, the duplicate has little time to savor its new life before it dies of previously inflicted wounds. 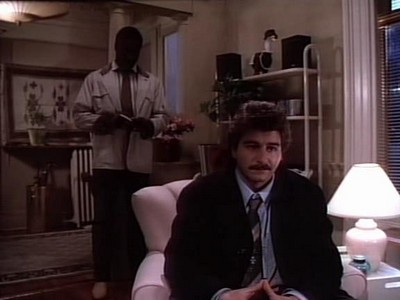