Jack is a fan of deceased violinist, Janos Korda. Ryan's new girlfriend Leslie, a violinist, is Korda's widow. Each year a new album of Korda's ""lost"" music is mysteriously released. Also initially believing that The trio find out that Korda is still alive, but horribly disfigured and crippled by the car crash it was believed he was killed in. Only by using a cursed violin, and killing a victim with its razor-sharp bow, can Korda temporarily gain enough control of his hands to produce new music. Upon seeing his ex-wife Leslie, he becomes obsessed with her and tries to steal her away. Leslie sacrifices herself rather than let Ryan become Korda's next victim, and Korda kills himself in despair at her loss. 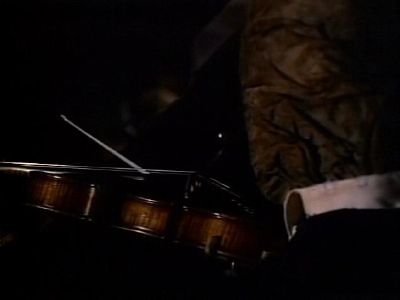