While Micki and Ryan are on vacation, Jack has nightmares of his World War II experience when he was captured by the Nazis and nearly killed by Rausch, a commandant known as The Butcher. The Butcher used a garrotte made of barbed wire to kill his victims. Jack was saved by the rest of his battalion then, but now in the modern day his surviving friends are being killed off one by one with a barbed-wire garrotte. It turns out that an escaped Nazi, Mueller, is using a mystic talisman, the Amulet of Thule, to resurrect Rausch. Rausch, masquerading as a right-wing radio talk-show host named Walden, is seeking revenge on Jack and the others. Although the Amulet is not an antique, Jack must recover it to defeat Rausch and send him back to the grave. 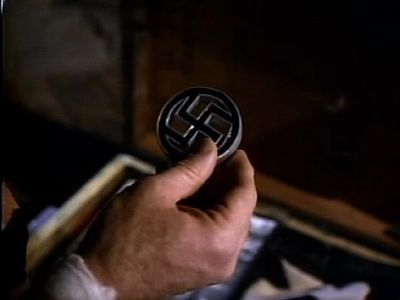