The story begins with Ital in the care of an aging war-roid named Randis R. Khiezard. Raised from childhood by the machine, he is under the impression that a war is still going on in the world around him. Randis was once part of the imperial forces fighting against the republic, assigned to a distant outpost where he first found Ital. In a skirmish, Randis lost his old human partner and was apparently assumed destroyed. Left at his post, having no contact with the rest of the world, he raised Ital in isolation, and never heard of the end of the war. 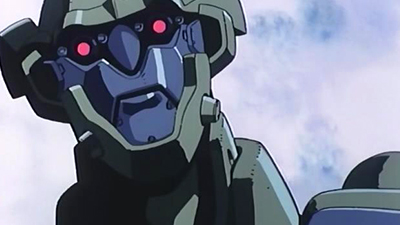