The final part of the miniseries shows us the aftermath of the initial battles with the British, General Benedict Arnold's betrayal of the American forces and the ultimate victory at the end of the war. We conclude with a scene at Fraunces Tavern in New York City where General Washington bids farewell to his troops. He then proceeds to return home to Mount Vernon, where he kisses Martha and closes the door on this chapter of his life. 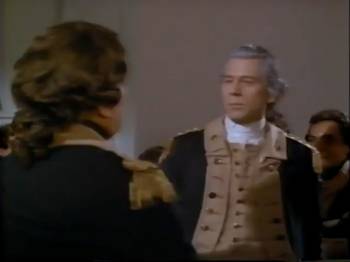