Based on storyline in Gideon's Night. This occurs in the thick fogs of the time, due to most people using coal fires to keep warm, and the episode tries for a creepy atmosphere. The girlfriend of a young man (David Collings) has committed suicide causing him to become mentally unbalanced and he now attacks girls at night and cuts off some of their hair as a souvenir. One girl fights back and scratches him and as the police close in, he visits an unsuspecting girlfriend to hide at her place. 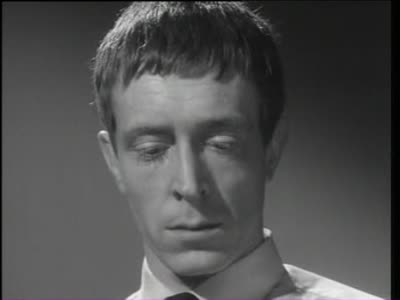