The students are in a frenzy when they learn Stevie (a popular female rock star who was a former student at JFK) will be coming to perform for the kids at the school. Zack makes a bet with the others that he can get a kiss from Stevie. Stevie wants to sing to one special student at JFK. Zack, using his usual sly ways, starts a scheme that leads many, including Stevie, to believe he is dying, so that Stevie will choose to sing to him. Stevie does choose Zack, but when Zack is caught in his lies by Miss Bliss, Screech is given the chance to have Stevie sing to him. Zack, feeling bad about what he has done, goes to Miss Bliss's house to apologize. There he meets Colleen, who is actually Stevie without her rock star get-up on, and who is staying with Miss Bliss while in town. After talking to her for awhile and confessing about his bet, Zack earns a kiss from Colleen. However, Zack leaves Miss Bliss's not knowing he has actually kissed Stevie! During the concert, Stevie approaches Zack 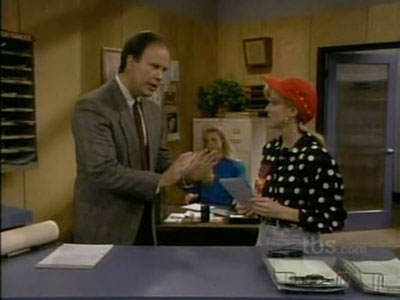