With Cleo's parents now divorced, Cleo is ordered by her dad to take more care of Kim, starting with taking her to a concert. But on the night, Cleo, Rikki and Emma all accidentally see the full moon, and take off to Mako Island, with Lewis in hot pursuit. Once there, the girls undergo another magical transformation in the Moon Pool, as a rare planetary alignment intensifies the power of the full moon – Emma's power is enhanced so that she can produce snow and frost, Rikki can conjure lightning, and Cleo can now control wind as well as water. After the moonstruck girls nearly harm Lewis, they realise that they must work to control their new powers, before anyone else gets hurt. 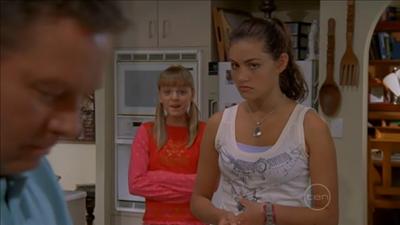